Skip to main navigation
×
ABOUT

PNC APPOINTS RENU KHATOR TO BOARD OF DIRECTORS

, /PRNewswire/ -- (NYSE: PNC) appointed , Ph.D., chancellor of the and president of , to its board of directors, effective today. She has also been appointed to the board's nominating and governance and audit committees. 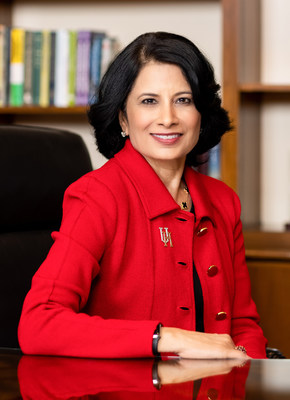 Khator currently holds the dual titles of chancellor of the , and president of the (UH). As chancellor of the UH system, she oversees a four-university organization that serves more than 76,000 students. She was the first female chancellor in the state of , and the first Indian immigrant to lead a comprehensive research university in . As president of the , Khator has guided the university's transformation into a top-tier institution that has a economic impact on the area each year.

"We are thrilled to welcome Renu as a new independent director and leverage her significant expertise in leadership, economic development, and funding research for community programs, as we continue to invest for growth," said , chairman, president and chief executive officer of PNC. "Adding Renu to our board is another step in our commitment to building diverse, high-performing teams at all levels that reflect our core value of diversity and inclusion - and make our company stronger."

During Khator's tenure as president, she has led record-breaking research funding, enrollment, and private support for UH. As part of an ongoing campus construction program, UH launched its 75-acre , which is now home to several start-up companies, research enterprises and academic programs.  In addition, in 2011, UH earned 'Tier One' status, with the elevating it to the top category of research universities. Following this significant success, she led several similar achievements, including the opening of first medical school in more than 40 years, being awarded a Phi Beta Kappa honor society chapter and more than tripling the number of members on the faculty.

"Under Renu's leadership, UH has transformed into an institution recognized for its unique blend of academic accomplishment, research innovation, athletic achievement and dedication to the success of a significantly diverse, determined student body," said , chairman of the . "Each UH System university has become a change-agent in the region and across ."

Prior to her appointment at UH, Khator was provost and senior vice president at the . Over the course of her 22-year career at USF, she held roles of increasing importance, beginning with the position of visiting professor.

In addition to her significant academic background, Khator is on the board of the Camden Property Trust, a public real estate investment trust with over in market cap.

She has been named to the , named Houstonian of the year, inducted into the and, in 2014, Indian President presented her with the Pravasi Bharatiya Samman Award, the highest distinction bestowed upon a non-resident Indian.

Khator holds a Bachelor of Liberal Arts degree from , , as well as a master's degree and PhD in Political Science from .

is one of the largest diversified financial services institutions in , organized around its customers and communities for strong relationships and local delivery of retail and business banking including a full range of lending products; specialized services for corporations and government entities, including corporate banking, real estate finance and asset-based lending; wealth management and asset management. For information about PNC, visit www.pnc.com.